MOBOTIX announces changes in forecasted sales and profit due to increased challenges in supply chain for customers projects and from long-term suppliers caused by delivery problems. Several projects have been delayed due to other component delays in the customer installations which have caused further delays.

July orders of more than €2.5 million could not be delivered due to missing components and parts such as semiconductors and assembled boards.

Production capacities have as such not been fully utilized which has had a negative impact of more than €2.3 million in the full year on the net income of MOBOTIX. Missing contribution margins from the missing sales, increased prices for raw materials and the underutilization of production have contributed to negative EBIT of €-6.6 million with sales of €40.2 million as of June 30, 2022.

Sales forecasts are as such estimated at €57.0 to €59.0 million for BY 2021/22 which lead to an estimated negative EBIT of €-4.0 to €-5.5 million although received orders have contributed to the highest level of back-log, more than €4.0 million by middle of August.

All markets have been impacted, in particular Europe and Middle East while distributor inventory levels in especially US and APAC have improved and sales growth is expected in both regions by September 2022.

The supply chain situation is expected to improve gradually during the autumn of 2022 and pipelines have meanwhile increased in the focused vertical markets, e.g. Industry, Energy, Healthcare and Government sectors.

Forecasts have increased from Konica Minolta based on increased sales in especially US and EMEA after the global COVID 19 pandemic in BY 2021/22. VAXTOR solutions have additionally contributed with initial growth after consolidation and will be further accelerated with synergies in the full year of 2022/23 in line with market expectations by market research companies such as Novaira. 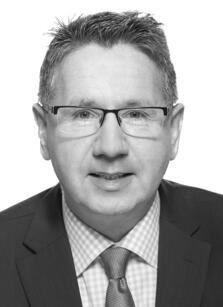